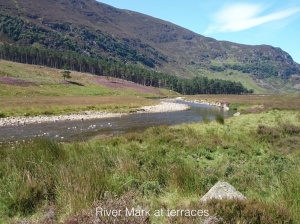 The glen is partially part of the Cairngorms and even outside the National Park sports some amazing landscape views and is one of the few areas in Britain where you can see White-tailed eagles and adders (we can confirm sightings for both), so we do not expect to get permission to conduct invasive fieldwork from the landowners or from Historic Environment Scotland. However, the glen is full of archaeological sites, many of which have not been documented. In addition, from the 15th century onwards there is written evidence on the land use and settlement in the glen in the archives (more of that another time), a lot of which can be matched up to the archaeological record.

We thus have the opportunity of reconstructing and providing dates for a number of the sites in the valley without having to revert to excavations in the first place. 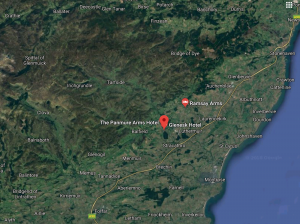 Matching the historic settlement with landowner’s records in Scotland is nothing new and has been done several times, especially in Western Scotland. The survey best known to non-specialists is probably E.M. MacArthur’s work on Iona. So why repeat it for what is today a very rural glen with less than 800 inhabitants?

Because this has not always been the case.

Until the Panmure family restructured the glen and turned it into a deer park in the 1850s and thus created the majestic Highland solitude that attracted Queen Victoria in the 1860s, this glen was the centre of a substantial mining industry, that extracted iron, copper, lead and silver (galena), as well as gold and other metals from at least the 15th century.

In Scotland iron mining and smelting is attested from 1124 and 1127 for Dunfermline and later in charters for Pluscarden Abbey for 1263, as well as in the charters of Holyrood, and in rent records of the Earl of Sutherland and Monteith.

The historical records in Glenesk speak of mining activity from the mid 15th century to the 1830s, but the close association of so many metals in such close proximity sets Glenesk apart, as does the fact that its later history as a rural community and deer park, left much of this industrial landscape intact.

We are, therefore, dealing with an industrial landscape that has not been destroyed by post-industrial activity or more modern building.

So why would the Roman Gask Project want to study an early modern industrial landscape?

Because there are indications that the exploitation of the ore deposits may have started much earlier than the historical records suggest.

The centre of the valley is occupied by the Hill of Rowan, which is surrounded by a large cairn field, which produced in the 19th century numerous finds of the Neolithic and Bronze age, including jet and non-local axes, suggesting that the local population was in contact with the area outside the glen.

In addition, there is a prehistoric small fort in the grounds of Edzell Castle in the mouth of the glen, but more importantly the exit of the glen is within easy reach of the large hillforts of the White and Brown Cathertun as well as the Roman fort of Stracathro and the marching camps of Stracathro and Keithock. In addition, there is a series of medieval castles (including the Old Castle of Edzell) within easy distance of the glen. The Cathertuns stand out for their considerable size in the context of the local Iron Age, with little so far to explain, what may have been the source of the wealth and power, that could have caused the creation of this power centre. 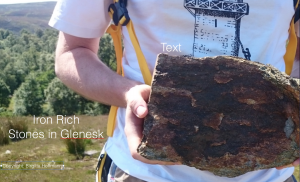 However, the presence of considerable metal deposits in the glen may have attracted the attention of both the Iron Age and the Romans, who placed three further forts along the Gask Frontier in close proximity of galena and other ore deposits.

While it is unlikely, that the Romans ever found the time during their brief presence in the Flavian period to establish a large-scale industry in the area, it is quite likely, that some evidence of the Iron Age activity survives and the interest of the Roman Gask Project is to establish, whether this exploitation may have added to the Roman interest in the area.

More information on the Roman Gask Project can be found on our Facebook site (https://www.facebook.com/RomanGaskProject/)