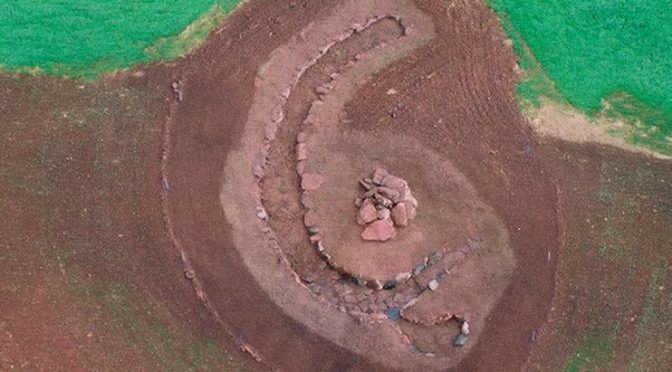 Research tools for Roman Scotland (and beyond).

Formerly Historic Scotland and the RCAHMS has a large amount of material both online and in its physical archives. The digital archives include:

The Royal Commission on the Ancient and Historical Monuments of Scotland’s database of listed sites in Scotland. This impressive database includes bibliographic references and makes the Royal Commission’s information very accessible.

A map based database of historic monuments for the whole of the UK.

Probably the largest library in Scotland. Apart from numerous current books on Roman Scotland, it houses a wonderful online historic map collection and amongst its manuscript the Delvine Archive with its large amount of material on Inchtuthil 1700-1800.

A large collection of images, including Roman and Iron Age material relating to Scotland

A rich resource on material on the later history of the Gask in Perthshire with extremely helpful and friendly staff.

The National Museum of Scotland

Scotland’s National Collection of Scotland with a large number of artefacts relating to the Romans and Iron Age Settlements.

A wonderful Museum covering much more than just Roman Scotland, but the remains of the Antonine Wall are one of its treasures.

This museum holds some of the material from the Roman and Iron Age sites in Stirlingshire.

A small but beautiful collection of material from Southern Perthshire

Great collection of Roman and Iron Age artefact, esp. from the Souterrains and the Roman fort at Carpow.

The Northernmost of the museums along the Gask Ridge it holds some of the Roman finds from Stracathro and Dun, as well as some of the Iron Age material.

Definitely not in the Gask Study Area, it is nevertheless worth a visit for the Iron Age material on display from the area.

Learned Societies
The Roman Society
(Actually: The Society for the Promotion of Roman Studies)

The Secretary
The Institute of Archaeology
University of London
London
WC1H 0PP
Publishes the annual journals Britannia and The Journal of Roman Studies. The Society has possibly the largest library on Roman archaeology in the country.

Society of Antiquaries of Scotland

A Perthshire charity conserving and promoting archaeology and architectural heritage, for the benefit of residents, visitors and future generations. The Roman Gask Project is very happy to have enjoyed the long-term support of the Trust in its research in Perthshire.

The Tayside and Fife Archaeological Committee

The Tayside and Fife Archaeological Committee is a liaison group which aims to promote archaeology in Tayside (Perth and Kinross, Angus and Dundee) and Fife.

FRONTIERS IN OTHER PROVINCES

The Limes Museum, Aalen
The website of the museum on the site of the principal fort of the Upper German frontier.